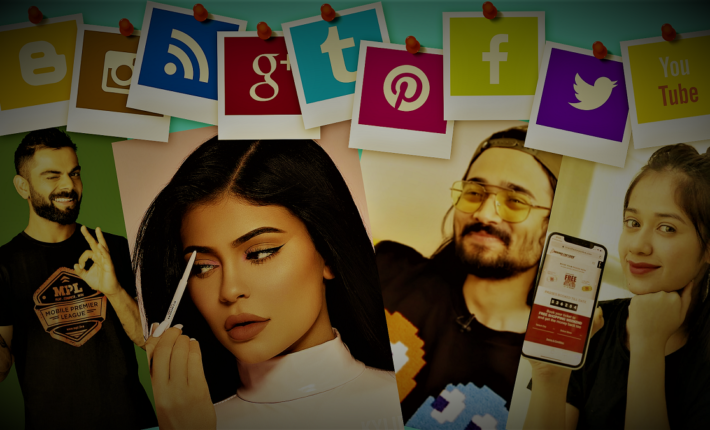 Nowadays, we see many people who become overnight sensations on social media due to many reasons. Some people are famous because of their quality content, vines, and lifestyle vlogging but some even get attention due to their illogical comments and actions on the internet. Overall, we have a variety of people who are very famous on the internet.

Today, we are going to see the most influential social media people who are popular just because they have shared some great ideas, content, and practices with the people and have a very huge fan following due to their creative ideas behind the content. Well, to know everything in detail, you can give it a try to “Star Bio Wiki”, a complete guide for information regarding all your favorite social media stars, and to brief them, you can read the point below.

Jannat Zubair Rahmani is a popular social media influencer with an 18.8 million fan base on Instagram. She has worked with television actors also, she has done work in a popular Tv show named Phulwa. In the year 2019, she worked in a Bollywood movie named Hichki. Later on, she became very popular due to Tik tok videos and after some time she launched her youtube channel named Complete Styling With Jannat Zubair where she put her lifestyle vlogs. She has been working in this industry since the age of 17 years.

Avneet Kaur is yet another social media influencer with more than 13.3 million followers on Instagram. She started her journey in the field of entertainment from a television show named Dance India Dance Li’l Masters. Later on, she started working on making social media videos especially on tik tok and gained a massive fan base through those videos. She is currently working in Aladdin – Naam Toh Suna Hoga, a television show on Sab Tv.

Siddharth Nigam is another television celebrity who became famous due to many reasons. He constantly uploads his fitness videos and he has a very charming personality. He has done some great work in successful television shows like Ashoka and currently he is working on another television show named Aladdin. He has also worked in Dhoom 3 with Aamir khan. He is a national-level gymnast as well and has won many gold medals for his country.

Dolly Singh is known for her great comedy videos that she posts through her Instagram handle which has more than 994K followers. She comes from the small town of Nainital and she works as a senior content writer at iDiva currently. She even collaborates on many videos with mensxp where she shines brightly with her great sense of comic timing. She is one of the most popular social media stars that has many active followers.

Aashika Bhatia has a very strong base of 4.2 million followers on Instagram and she even had a very active fan base on her tik tok account and her fans enjoyed every single video posted by her. Currently, she is one of the biggest influencers on social media with a great number of brand deals coming for her every day. She has worked as a child artist in her early days and now she has even worked in some television shows.